A group of cult-born kids now adults & free of the grip of the sectarian drifts of a Buddhist community they were born in where physical, sexual & mental abuses enfolded for decades, are fighting against the cult founder & his organisation in court after a 20 Year long Judicial inquiry :

We are 23 ex-adepts’ children, constituted as civil parties in the current trial against the guru Robert Spatz (alias, “Lama Kunzang”) and the sect Ogyen Kunzang Choling (OKC). Several of us have filed complaints of rape and sexual abuse of minors. Other ex-adepts have also filed complaints: Spatz is accused of manipulating OKC members for personal and criminal purposes.

OKC was created in the 1970s by Spatz with the (according to him) aim of working for the “transmission and putting into practice of the Buddhist teachings of the Tibetan tradition”. While community life was dreamed of as a utopian and idyllic alternative, it would prove to be dictated by a sadistic and pedophile manipulator.

As the trial judge established in 2016, the followers were exploited for his benefit. While they worked tirelessly on a voluntary basis – then as false self-employed under/unpaid – in Belgium, Portugal and Spain, their children, therefore us, were sent to Château de Soleils (alias “Nyima Dzong”), a place isolated from everything in the Alpes de Haute-Provence, separated from our own parents & familly.

Robert Spatz was sentenced in the first instance in 2016, following a 20-year trial (1997), to 4 years suspended imprisonment and compensation for multiple charges, including hostage-taking of children with aggravating circumstances of torture, sexual abuse and rape of young teenage girls, and more than 100 reprehensible acts ranging from the use of forgery and extortion to money laundering.

Spatz and the OKC organisation played the court into showing Spatz wasn’t leading the organisation anymore but a few days after the first sentence, both appealed the condemnation. (see below)

Out of sight, we were indoctrinated with hours of daily prayers and “religious” practices specific to Spatz. Without any other reference, far from our parents who were described to us as polluted corrupted by their emotions and Western civilization, we learned to rely on him, day and night.

Before the court of first instance, we described severe deprivations: emotional, nutritional, medical, educational. Physical and psychological violences were daily: beatings with sticks, confinement, running outside barefoot in the snow, deprivation of food, having to stay outside at night are just a few examples.

It was impossible for us to realize the injustice we were suffering and we were terrified at the thought of disobeying. The pain was presented as beneficial. We were told that suffering was good for us, that it would harden us and prepare us to survive to the end of the world. We grew up with the idea that the end of the world was near, and Spatz wanted to prepare us as warriors. According to Spatz, only those living on the “pure land of Nyima-Dzong” would survive.

The young girls were probably the most affected by the drifts of the guru. Spatz was taking teenage girls (raised in Nyima-Dzong) for domestic service from the age of 12 and 13, and secretly using them to satisfy his sexual needs under the pretext of practicing “Tantric rituals”.

When we left this organization, we all had the greatest difficulty adapting to the world and rebuilding ourselves psychologically. Some of us have the great disappointment of having parents who continue to defend Robert Spatz whom they worship as an emanation of Buddha on earth rather than taking the side of their children.

In 2016, Robert Spatz was convicted in the first instance on multiple charges, including hostage-taking of children with aggravating circumstances of torture, sexual abuse and rape of young teenage girls, and more than 100 punishable acts ranging from forgery and extortion to money laundering. We hoped that this decision would be final but Robert Spatz, having sufficient funds allowing him to drag out the sentence which was all in all light considering the charges (4 years of prison suspended and fines), and OKC (partially acquitted because considered as victim of Spatz) lodged an appeal.

It is because of this appeal that we need help to fund our defence costs. We have reduced these costs to a minimum – two lawyers for 23 civil parties, while Spatz and its organisation have 7 lawyers!

We are fortunate to have talented lawyers who believe in our cause, despite our inability to pay them properly for their service.
This is a complex appeal that must take place over a minimum period of six months and will require them to work long hours.

As a result of our stolen youth, few of us have sufficient resources to pay these two lawyers. We can only count on the generosity and solidarity of those who believe in our fight to carry out our defense and restore justice…

2018…and the verdict of the Appeal

Inadmissibility of proceedings! Years of investigation and judicial proceedings that the court dismissed with a wave of its hands. The testimonies that these people who grew up in the cult made great efforts to overcome their emotions after growing up in the sect were not even examined. Read More

The Belgian State & the civil parties decided to counter-appeal the appeal verdict.

After months in the limbo of the Belgian Justice system on the 12th June 2019 the Cassation court reversed the previous court decision : the entirety of the previous judgement is now nullified.

We expect a new final judgement hopefully in early 2020. This is a great news for all the civil parties and ultimately for all the victims of Robert Spatz aka Lama Kunzang, be them civil parties or not, we now have a chance to not only be recognized by the court but also we now have an advantage having destroyed 90% of the defense arguments with their inability to reuse the same technical arguments to try to evict us from the trial instead of arguing on the real issues : sexual & physical abuses on children’s minor of age.

We expect the new trial to enfold in early 2020, perhaps February.
more information very soon, follow us on social media, newsletters or crowdfunding to get the latest news about our fight for Justice.

“ Often because we would nod during the prayer, chat during the meal, forget the umpteenth letter of the Tibetan alphabet or display intolerance, in short everything was a pretext to get a blow in the back, to get our ears pulled in which we would whisper with a horrible accent: “wait tonight you will see”. ”  read more by J.P.

“ It took me years to break through the spell of secrecy and speak up about Spatz, but I finally brought criminal and civil complaints against him in 1998. I found out later that three other women had done the same. ”  read more by C.K.

OKC cult: new investigation in #France and suspicions in Spain 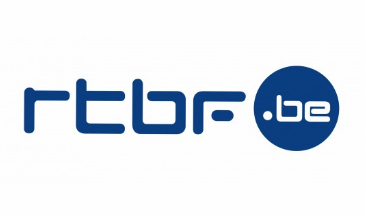 At the heart of the Belgian “Buddhist” sect OKC

4 choices to donate to OKCinfo Crowfunding 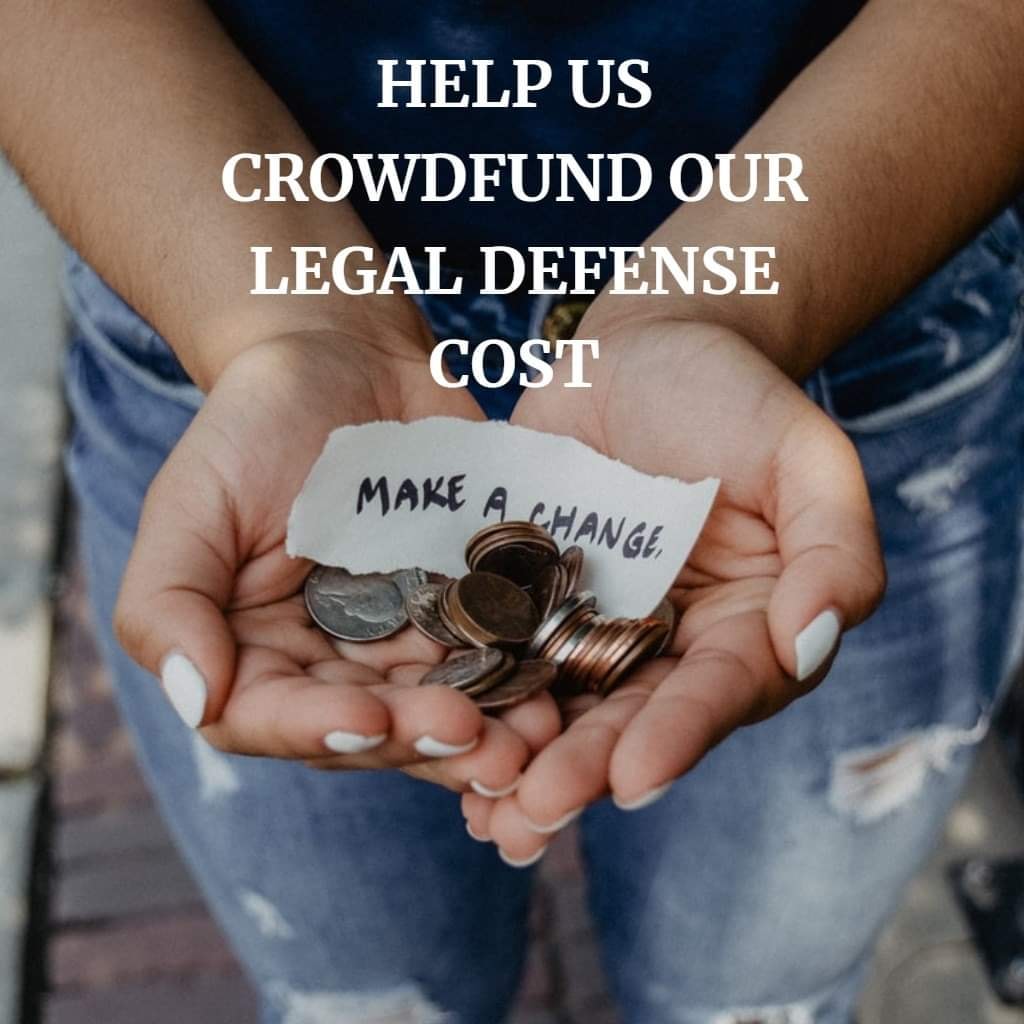 Donate what you can to OKCinfo Crowdfunding

Choose the amount of your donation

2) Donate from our GoFundme campaign

How the funds will be used

Any surplus will be donated to organisations fighting against sectarian drifts and sexual abuse.

it is also possible to make a bank transfer directly.

other fields are optional

We thank you from the bottom of our hearts for every contributions.

OKCinfo was launched at the end of 2015 as a desperate last minute attempt in an existing trial launched by the Belgian state against the OKC sect nearly 20 years earlier.
The 23 of us – supported by more than 40 other former OKC-born young children – have since been supported by talented lawyers ready to champion our cause.

The initiative was born from the realization that if we, children of the first, second and third generation, did not speak, the sect guru and the clique around him would manipulate the trial and the court to establish that there are no victims, no complaints, nothing, that it is not a sect but a “community of Tibetan Buddhist inspiration” persecuted by the Belgian state.

Made with ❤ with Elementor